Theme 2-1. R&D on microbial conversion of nitrogen compounds to ammonia

In Theme 2-1, we developed microbial technologies for the effective and rapid conversion of organic nitrogen compounds in industrial wastewater to NH4+ and further supplied NH4+ water to Theme 2-2 (ammonia recycling by separation and concentration). Via the R&D of the retrofit-based microaerobic conversion process and the biogas-producing anaerobic bioreactor (AnMBR) capable of efficient treatment under high ammonium concentrations, which are suitable for low- and high-concentration wastewater treatments, respectively, we construct the bioconversion processes applicable to the various wastewater types at distinct facility situations. 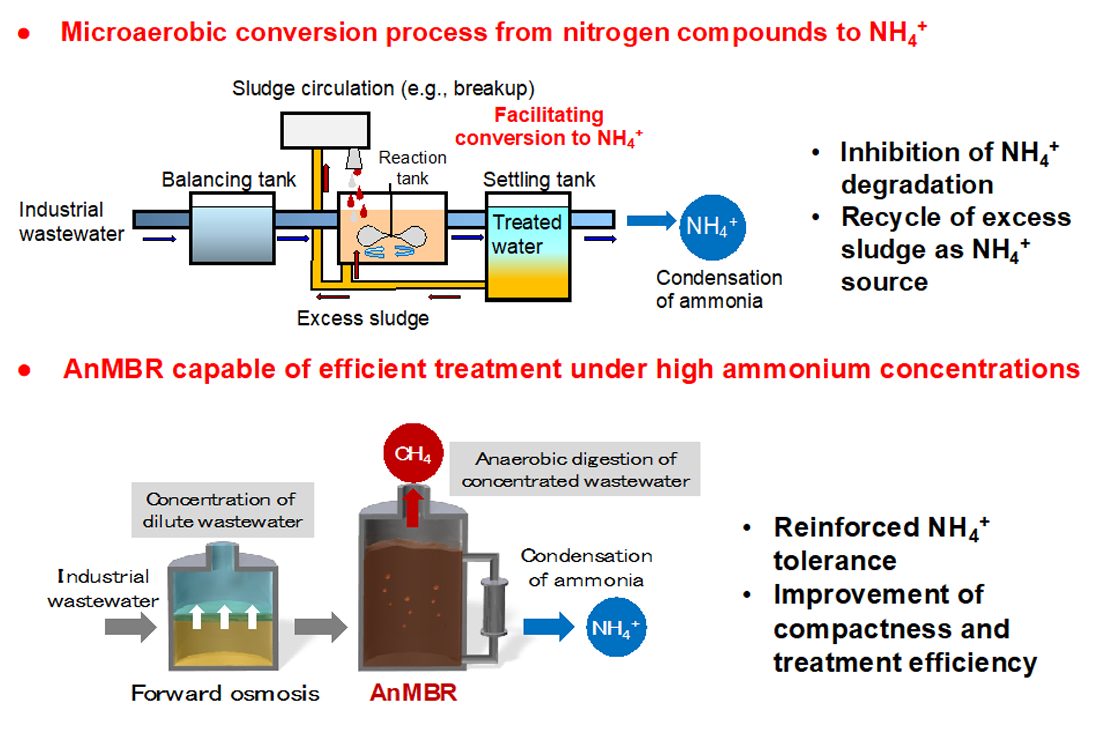 Process of microaerobic conversion from nitrogen compounds to NH4+

There are two breakthroughs in establishing the process of microaerobic conversion to NH4+. One is the inhibition of NH4+ degradation by decreasing nitrification activity, while the other is the enhancement of bioconversion by recycling excess sludge as an NH4+ source. By realizing the possibility of evaluating, controlling, and optimizing the nitrogen-converting microbial community in the reaction tank through high-throughput sequencing and high-sensitivity stable-isotope probing, we achieve the reduction of aeration in the activated sludge method; furthermore, we achieve the recycling of excess sludge as an NH4+ source and consequently succeed in wastewater detoxification with energy-consumption reduction in the present state. In addition, we mitigated N2O emissions from the bioconversion process using feedback control based on the fast monitoring of the concentration of nitrogen compounds, such as N2O and NO, and the isotopic ratios of N2O.

The breakthrough point of the AnMBR is the construction of a compact, easy-to-control bioconversion process with reinforced tolerance to high-concentration nitrogen generated from pretreatment, i.e., the FO membrane concentration. To resolve this issue, we used an unconventional approach (bioaugmentation), wherein the AnMBR stably operated at a short HRT of a few days, and highly NH4+-tolerant microbial consortia were introduced to the AnMBR. We clarified the tolerance and susceptibility of various anaerobic digestion sludges to NH4+, as well as the characteristics of the sludge microbial consortia. We further acquired the fundamental data necessary for R&D to conduct bioaugmentation in a rational manner. 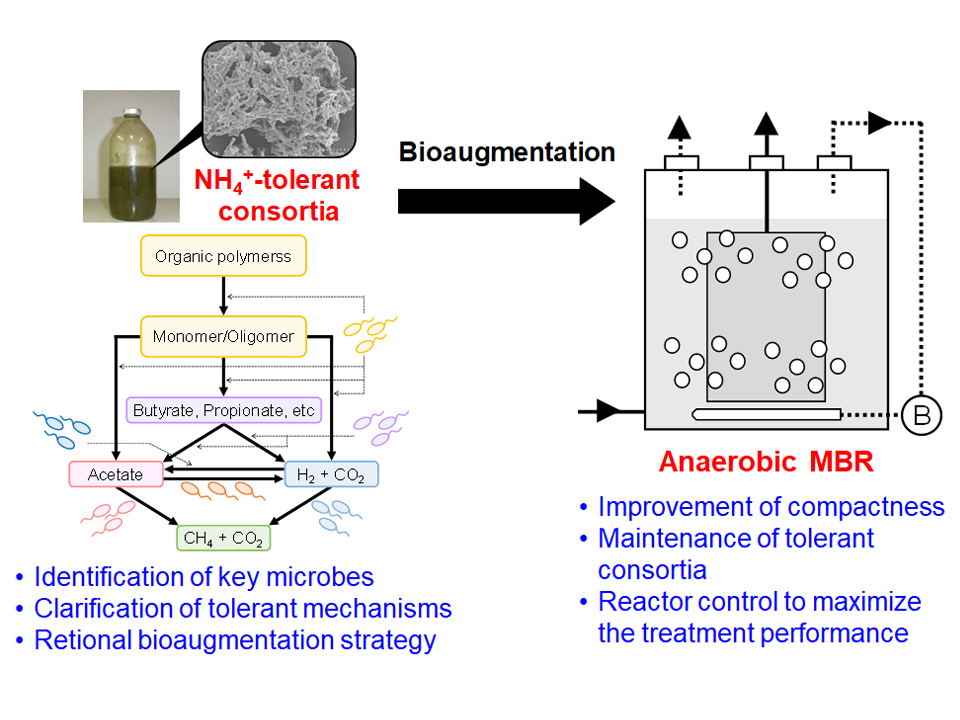